Two days ago, I posted "What Football Club is Popular in Japan, 2015". After that, I have received a reader's question "if Gamba Osaka is the most popular team in Japan. Why Urawa have the highest attendance consistently every year by far?". I checked the source data again. The source has the 2013 survey result and the 2014 result. In the average Urawa Reds is the most popular club. 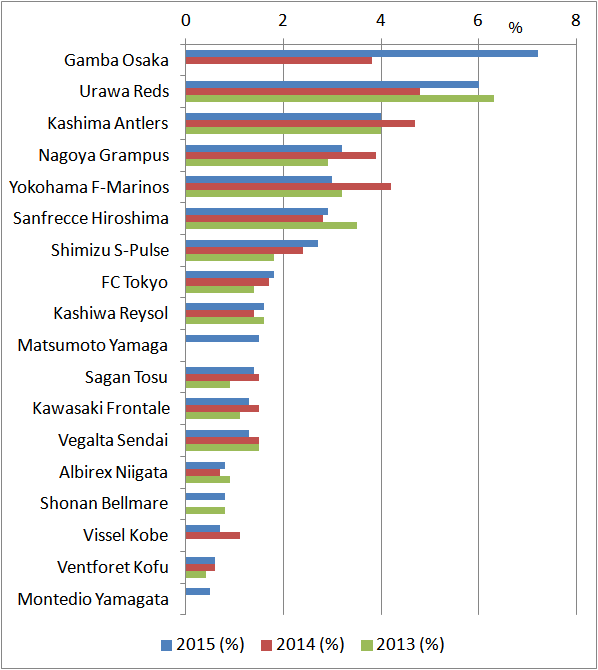 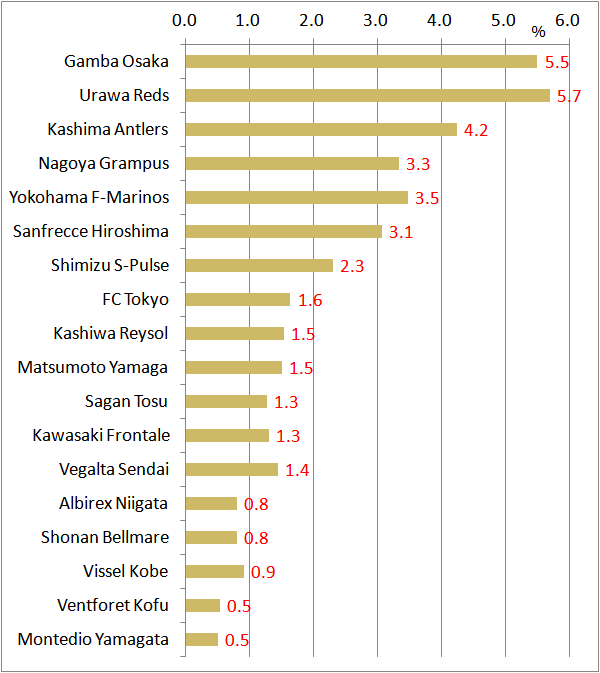 Data of J2 clubs are not available.