Ministry of Internal Affairs and Communications released the data of the population as of 2016 January 1st. The data below show the population by prefecture.

In red and orange area, the population inceased last year. It decreased in other area, especially in blue prefectures. 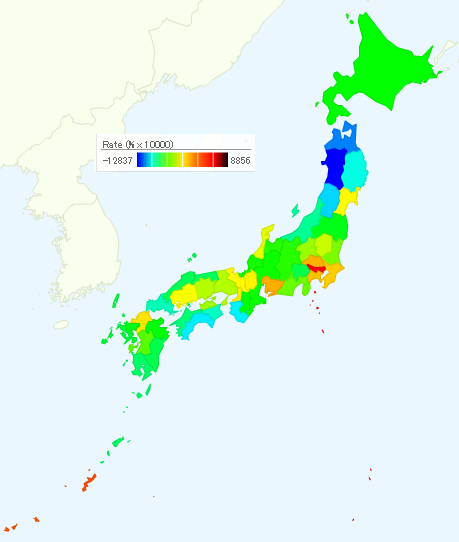