The graph below shows the breakdown of Tokyo GDP and Japan GDP by industry. 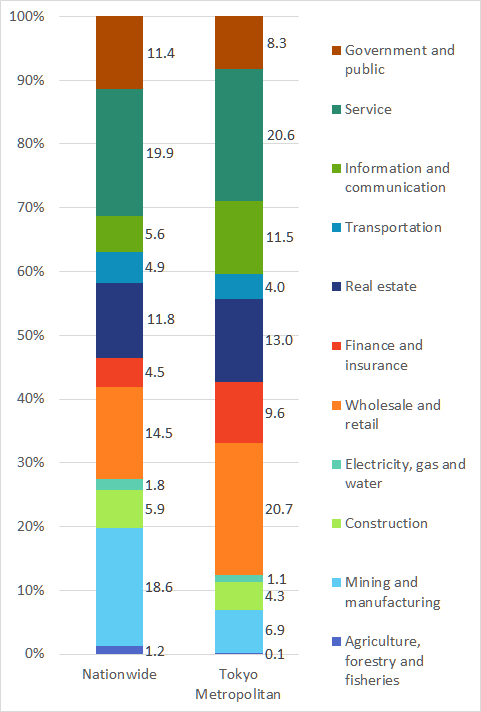 In Tokyo, the portions of "wholesale & retail", "Finance", "Real estate", "IT", and "Service" are higher than the nation's average.

« Number of Flat Houses by Story in Tokyo,… GDP of Tokyo Metropolitan, 2013 »
Profile