The table below shows 2020 season's attendance figures of NPB. This season, due to the corona virus, the number of games has been reduced to 120 (usually 140 games). In addition to that NPB played games without spectators between the opening game on June 19th and July 9th. Therefore, the attendance figure is much less than the usual season.

The figure means the number of sold tickets. It includes someone who did not show up at the game in despite of having the ticket. So, the announced number does not mean actual number of guests. The actual number may be less than the below. 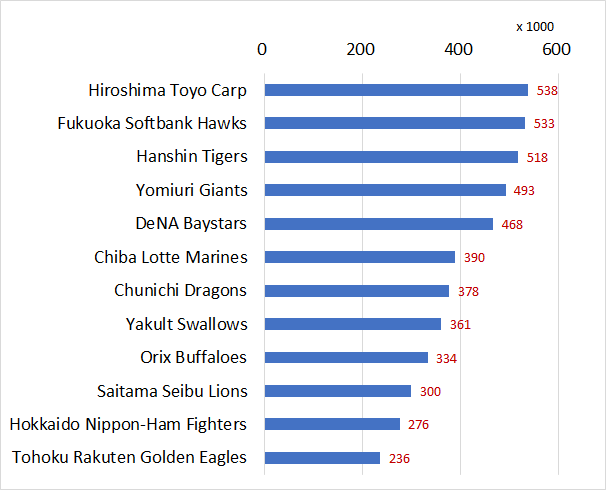