A whiskey maker Suntory dominates the market. Its market share was more than half, 57.3% in 2013. 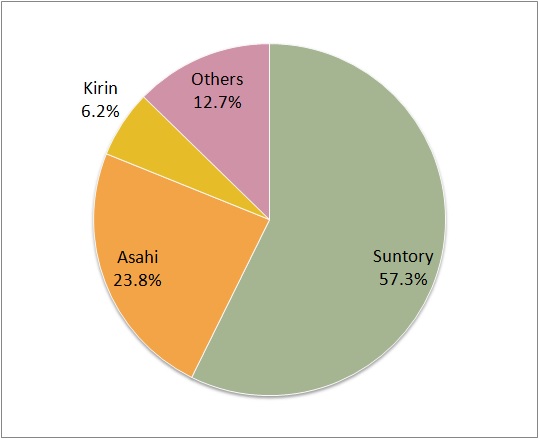