Top > University > Changes in Number of Universities/Colleges in Japan, 1949-2014

According to a survey by Ministry of Education, Culture, Sports, Science and Technology, there are 781 universities/colleges in Japan. Of which 86 are run by Japanese government. 92 are managed by prefectures or cities. Private sectors operate 603 schools.
Tuition fees of national schools and municipal schools are relatively cheaper than those of private schools.

Figure : Changes in Number of Universities/Colleges in Japan, 1949-2014 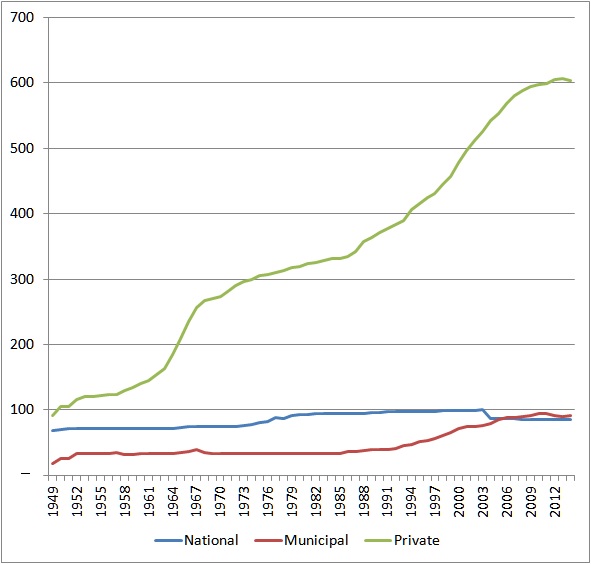 Source is Ministry of Education, Culture, Sports, Science and Technology.

« Changes in Number of University/College… Ratio of Diabetes Patients in Japan, 20… »
Profile