In 2013, 938 homicide cases were reported. Those include attempt cases. The number of homicides decreased by 92 from 2012. According to the statistics of National Police Agency, Osaka was the most dangerous prefecture as usual. Tokyo dropped to 24th place from 11th place. 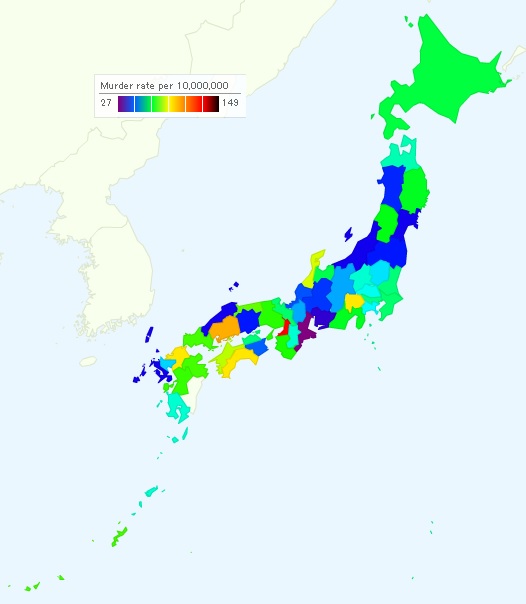 If it excludes Osaka from the map above, the map is going to be like the below. 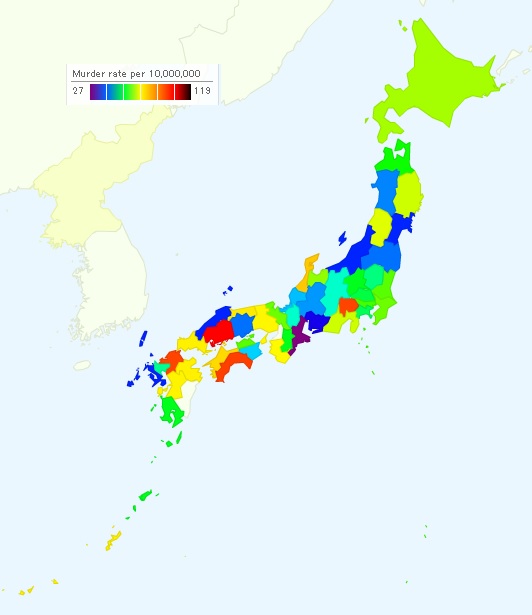 Relatively western Japan is more dangerous than eastern Japan as usual, except Miyazaki.