My daughter always listens to music by her iPod Touch. She has to study for the entrance exam, but she does not, and listens to music to escape from studying.
Anyway, the 2013 Portable Music Player Market Share in Japan was reported by Nikkei Sangyo Shimbun newspaper. According to it, 93.3% of market were occupied by only two players, Apple (43%) and Sony (50.3%).
The total sales were 4 million devices. The number decreased by 22.9% from 2012. 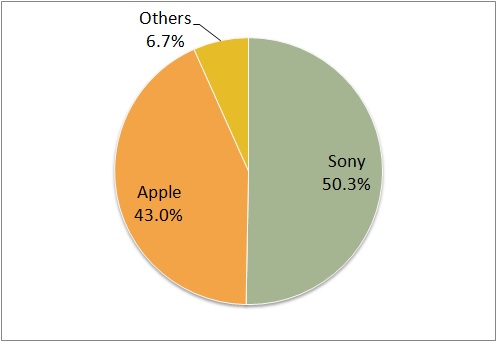