In 2015, 91 dead people donated their organs to recipients. The following shows the changes in the number of donors by death status in Japan between 1996 and 2015. 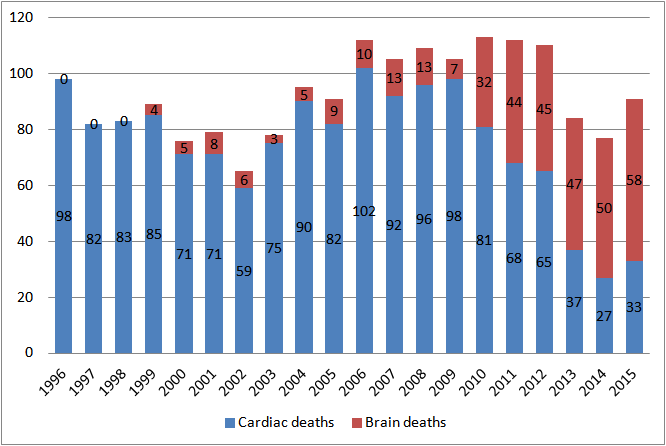 Source is a leaflet ”Inochi no okurimono" published by Ministry of Health, Labour and Welfare、2016, Feb. いのちの贈りもの