There are 32,718 churches in Japan as of 2013 January 1st, which are registered on Agency for Cultural Affairs. Number of churches per population is higher in western Japan, and it is low in eastern Japan.

Figure : Number of Churches per Population by Prefecture, 2013 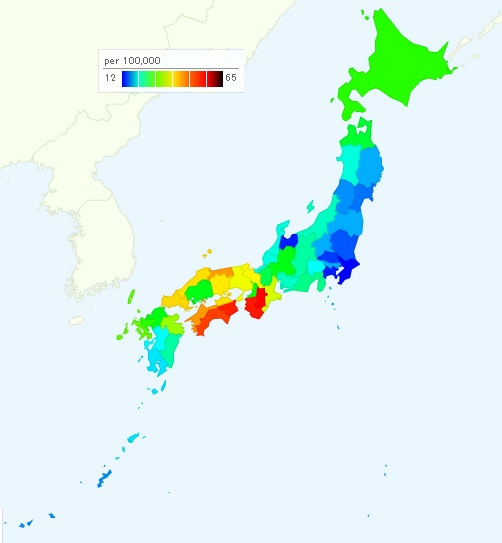 Source is Agency for Cultural Affairs.

« Number of Animal Hospitals in Japan Number of Temples in Japan, 2013 »
Profile