Top > Religious > List of Major Religious Sects by Number of Members in Japan, 2015

The following shows the number of members of major religious sects in Japan, 2015.

Besides the list above, there are two big religious groups in Japan; Soka Gakkai and Happy Science. The ministry did not report the number of their believers, because they are classified as the sect which the ministry does not have to release the data.

Soka Gakkai says they have 8.27 million households believers in their web site.

I could not find a reliable data of Happy Science. The number varies depending upon the source, from 0.1 million to 10 million. 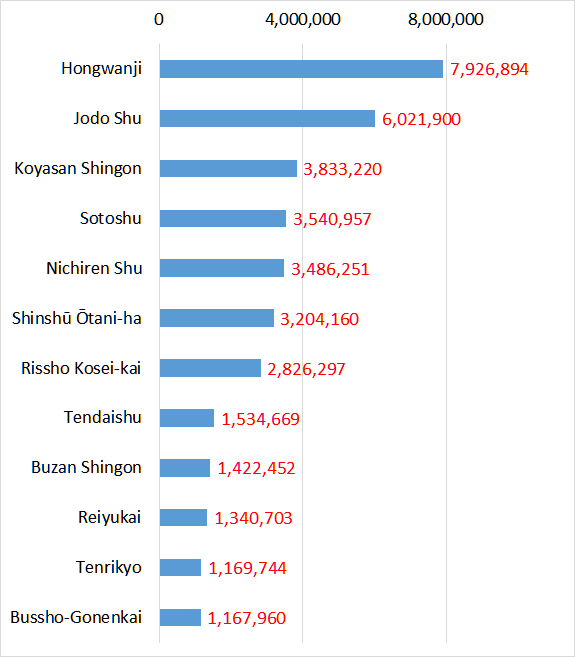 Source is Shukyo Nenkan published by Agency for Cultural Affairs.