Every two years Japan Family Planning Association conducts surveys about people's sexuality in Japan. According to it, 41.3% of married couples have not had sexual intimacy for more than a month (and probably not happen for a while in the future). The number is increasing year by year.

Japan Society of Sexual Science defined "sexless" as "there was no sexual contact for more than one month and it probably never happen for a long time in the future." in 1994. 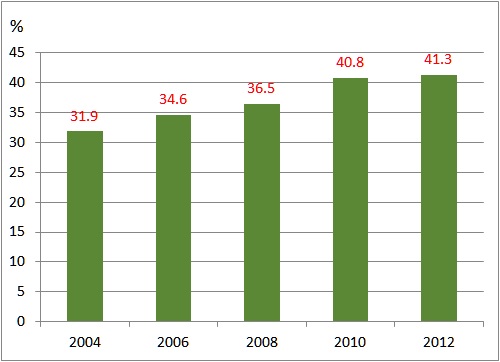 Personaly speaking, the society just got aged. The number of sex decreased when people got aged.