National Police Agency reported that 3,904 of people were killed by car accidents in 2016. Those were the victims only who died within 24 hours after the accidents. The actual victims are more than them.

The following figure shows the rate of motor vehicle deaths by prefecture in 2016. 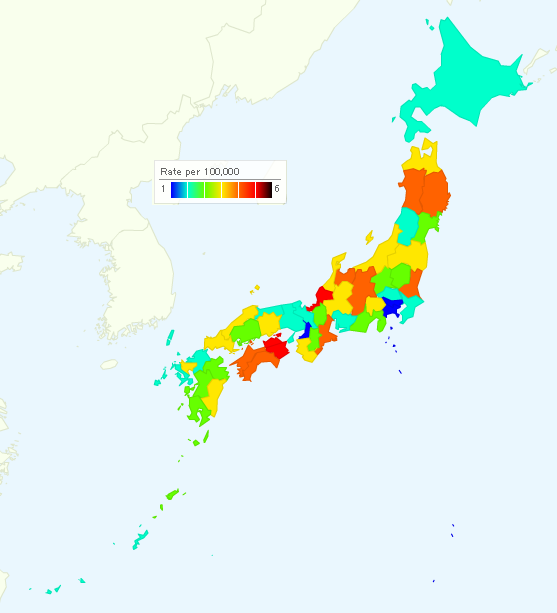