Ministry of Land, Infrastructure, Transport and Tourism reported that total 96.06 million passengers took air flights in 2015. Nikkei press estimated the 2015 domestic flight passengers' market share in Japan. According to it, All Nippon Airways (ANA) was the top. Japan Airlines (JAL) was in the 2nd place. These two airlines are traditional companies. Other newcomers follows Big 2. 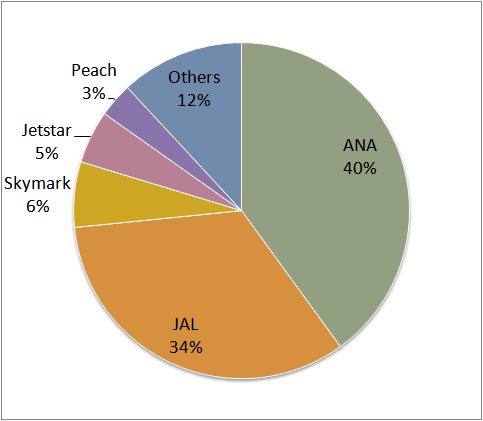