Currently, some big laborers unions are negotiating about their wages with their management teams. Some unions got good news. For instance, Toyota will raise the worker's wage by 4000 yen (per month). Last year, Toyota raised the wage by 2700 yen (per month), so this year the union has got better result.
However, only big companies can raise their wages and most of the companies cannot raise wages. According to Japanese Trade Union Confederation, our wages are decreasing from 1997 year by year. The following shows the trend of annual wages, 1985-2013. In the table, figures are the result of a like-for-like basis comparison (same gender, academic record, age, and length of service), if 1997 is taken as 100. 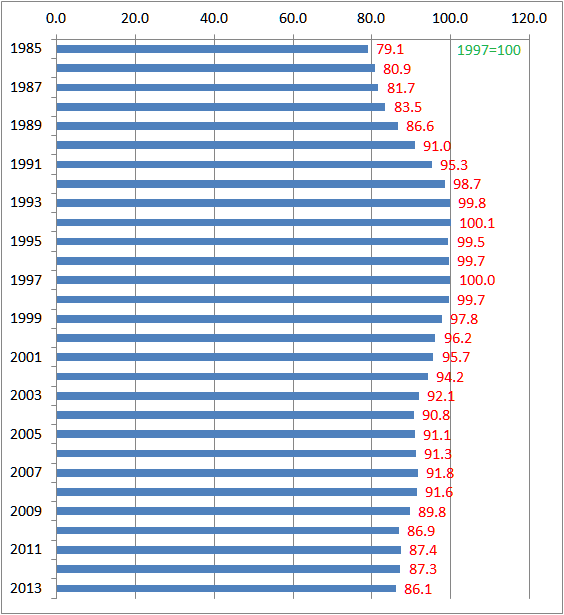