Top supplier was Mercian (17.7%). Since 2006, Mercian is a part of Kirin Group. Kirin is a beer company. Asahi (3rd) and Sapporo (4th) are also beer companies. 2nd place Suntory is a whisky company, basically, but they sell beer also. 5th place Kikkoman is a soy-source company. 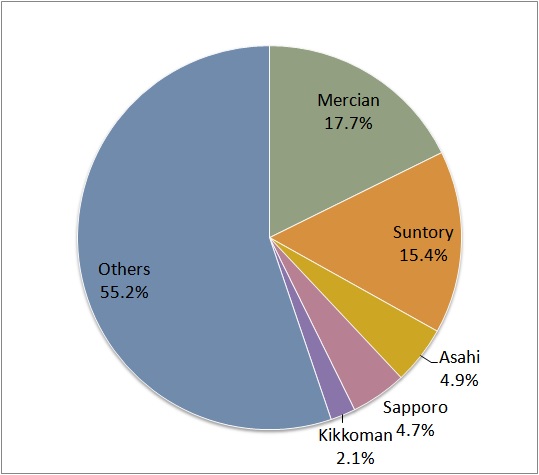