For instance, the history of Nippon Paper is the following;

The history of Oji Paper (2nd place in the market share); 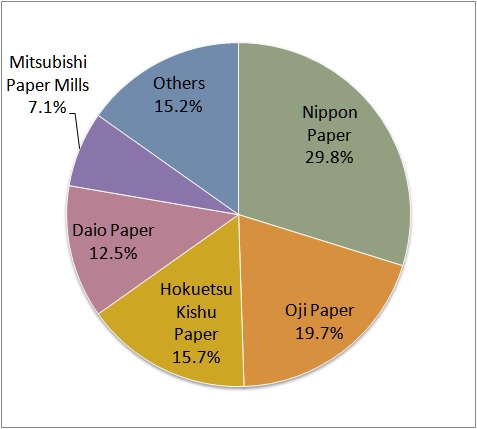