The top supplier was Asahi, followed by Kirin, Suntory, Sapporo. These four are major suppliers in Japan.

I do not drink alcohol. My father used to like drinking Kirin beer. 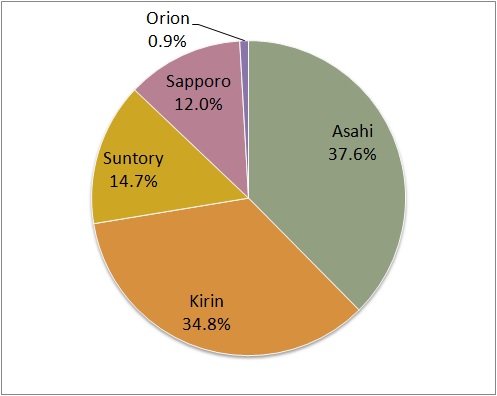