Yesterday, NPB 2014 season ended up. The tables below show this season's attendance figure of NPB.

The figure means the number of sold tickets. It includes someone who did not show up at the game in despite of having a ticket. So, the announced number does not mean the actual number of guests.

It is widely believed these figures are watered numbers. It means that the number of actual attendees was less than the record. Each host team reports the fake number to pretend they are popular.

The figure of Hiroshima Toyo Carp is a new record. 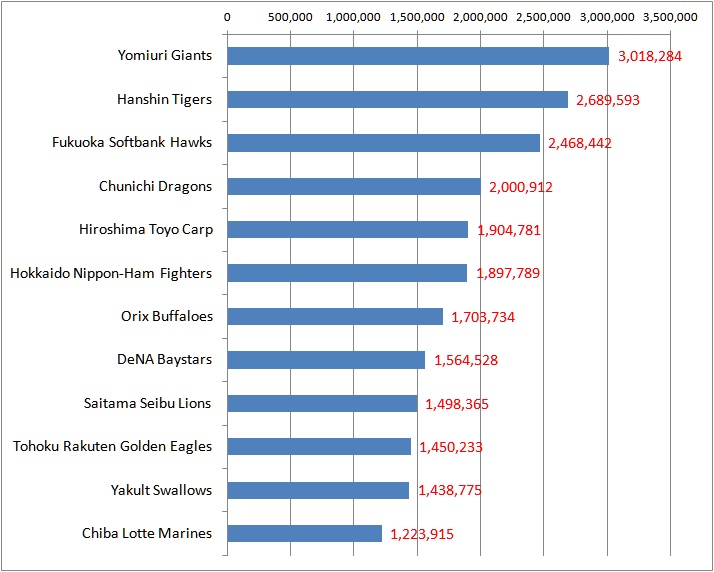