The data below shows damages caused by historical typhoons in Japan.

In 1959 typhoon Isewan hit the populated area around Nagoya. 5000 people died by typhoon Isewan. It was the worst case. After that, Japan prepared countermeasures against typhoon attacks, and damages by typhoons are decreasing. But even in the 21st century, almost 100 people were killed by typhoon Talas in 2011. 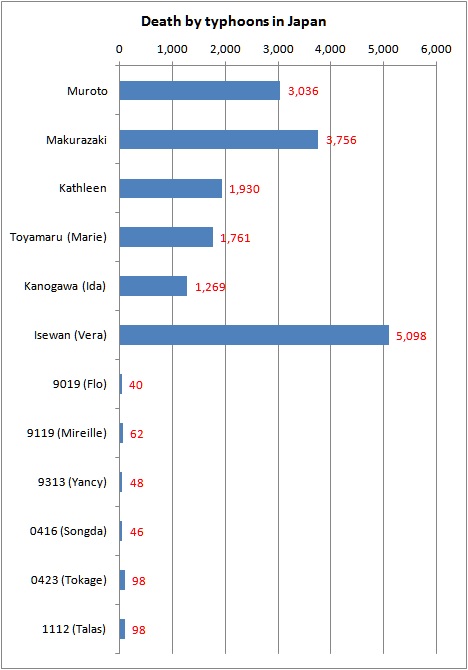