The following table shows the attendance number of Japan Professional Football League in the 2012 season and the 2013 season. It covers J1 division (primary league) clubs only. Each team hosts 17 games in a year.

Urawa Diamond Reds are the most popular club.

Average attendees per game in 2013 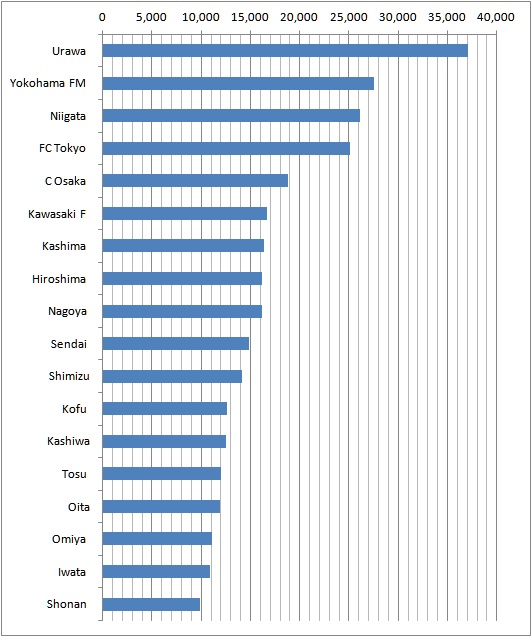