In Japan 305,003 bicycles were stolen last year. Those are only reported cases. Some do not report incidents. Osaka is the most dangerous place. Tokyo is the 2nd unsafe.

In my case, my family's bicycle was stolen from in front of our apartment house in 2012. The bicycle was not locked. My son and I were searching the bicycle in the town. Finally, I found the bicycle near the station.

Table: Number of Stolen Bicycles and Stolen Rate in Japan, 2013 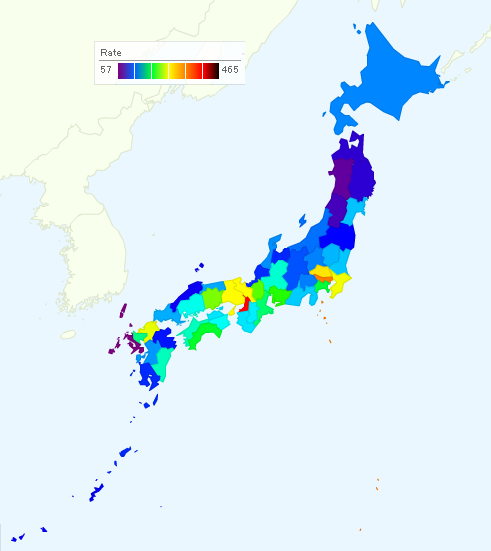