Figure : Rate of British population by prefecture (per 100,000 residents)

The population rate is high in the red prefecture, low in blue prefectures. 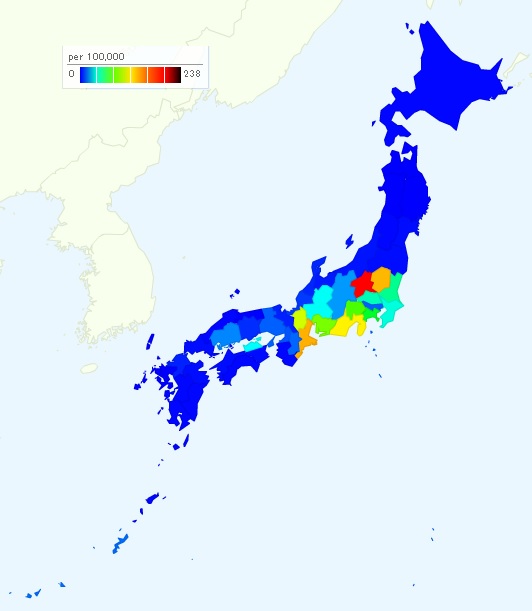 Source is Ministry of Internal Affairs and Communications. 在留外国人統計