Top > Food > Consumption of Whiskey/Whisky by City in Japan

The following shows consumption of whiskey/whisky per capita in a year by city in Japan. Unit is mL. It is the average figure from 2010 to 2012. There is ten times differential between the highest city and the lowest. We can see the same situation in "consumption of Japanese sake". It also has ten times difference. Generally people live in the northern area drink whiskey/whisky much. 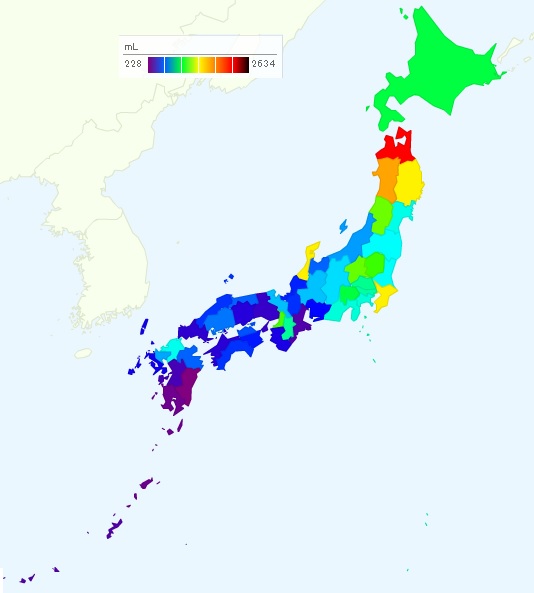