A magazine of TV games, Famitsu researched the market share of TV game softwares in Japan in 2013. According to it, Nintendo, known as Super Mario series had the largest share. Bandai Namco of Pac-Man was the second place. Capcom of Monster Hunter, and Pokémon followed them. Square Enix which makes Final Fantasy came in 5th place. 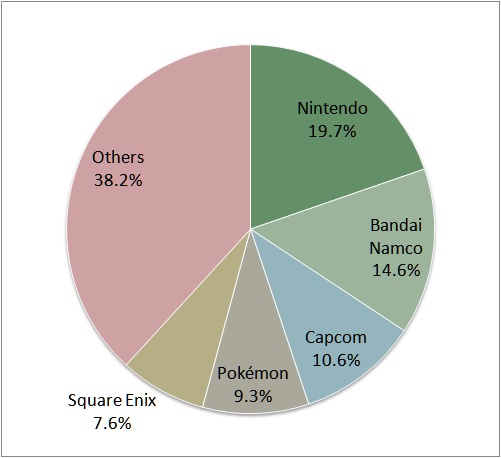