Mobile phone penetration rate (which includes smartphone, non-smartphone, and PHS) per capita was 71.4% in 2013. Prefecture next to Tokyo, Saitama had the highest rate 77.5%, followed by Tokyo and Kanagawa (also next to Tokyo). Northernmost of Honshu island, Aomori was the lowest. Generally the rates were relatively high in big cities. 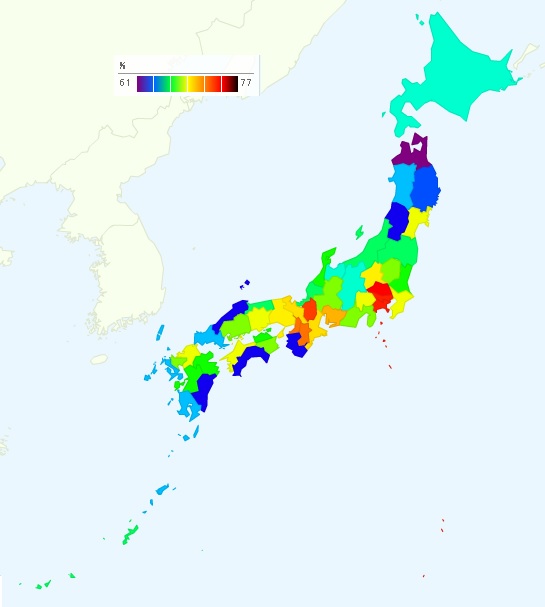 « 25 Hamsters were abandoned in the park,… Trend of the Death Rate by Age in Japan »
Profile