Recently high percentage of cats in Tokyo got spayed or neutered.

According to a survey which Tokyo Metropolitan Government Bureau of Social Welfare and Public Health conducted in 2011-2012, more than 80% cats were neutered. The following figures show the ratio of neutered cats in Tokyo. 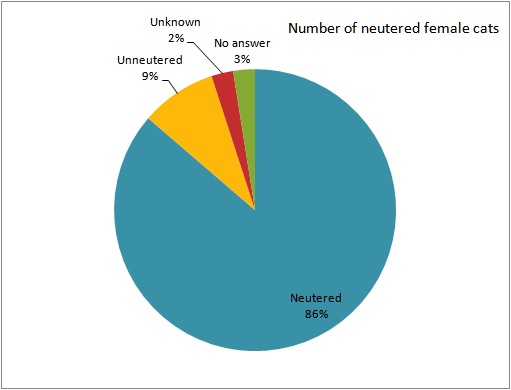 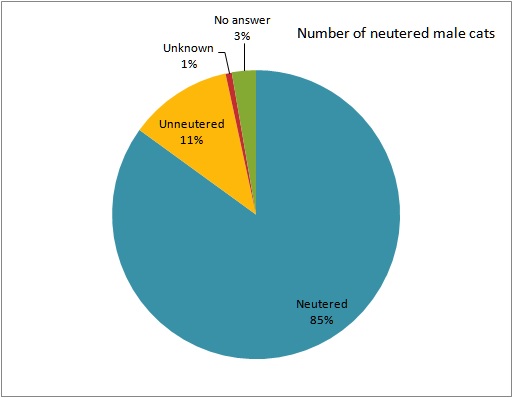 I was very surprised that so many cats got surgeries of sterilization.

In terms of stray cats, some volunteer organizations capture stray cats on the street and got them have the sterilization surgeries by their expenses. The top of the ear of neutered stray cat was cut after the surgery, so that people can recognize the cat is neutered.

The image below is the cat of my parents house. She looks unpleasant.

She used to be a stray cat. She got spayed and the top of her left ear was cut. 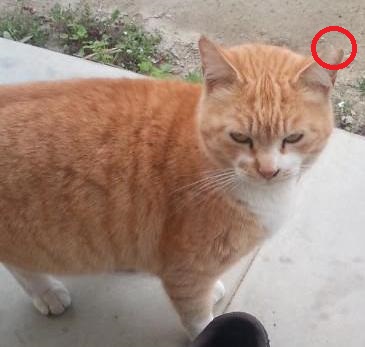