When we Japanese eat sushi, we go to a sushi restaurant. Besides eating-out at sushi restaurants, some people buy a pack of sushi in a store, and others prepare sushi by themselves. Generally sushi served at restaurants is the most delicious sushi.

The following table shows how much money people spent for eating-out at sushi restaurants yearly.  It is the average figure from 2011 to 2013. The survey was conducted by Japanese government and target people were families which consist of more than two members. So this data does not include single households. 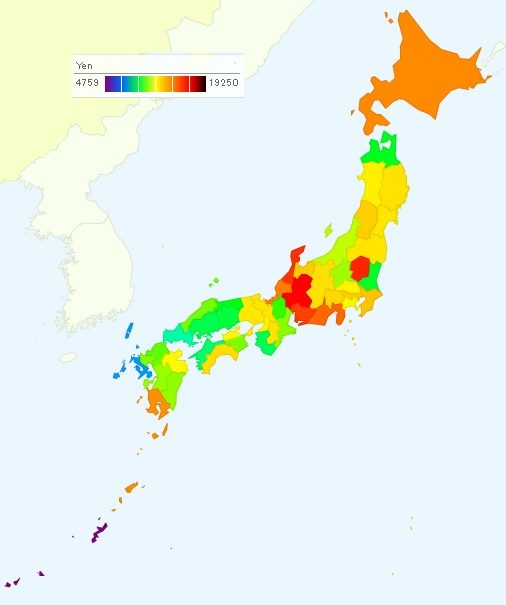