National Institute of Population and Social Security Research in Japan (IPSS) has released a national population projection, based on the latest results of the Population Census of Japan and the Vital Statistics of Japan. According to it, Japan population will decrease to 28 million in 2110 (population 2010 was 128 million), if the total fertility rate is around 1.1 during 2015-2116. 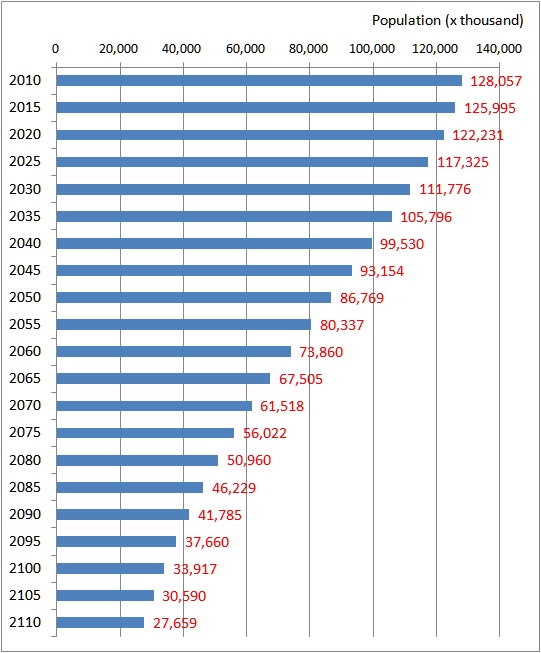 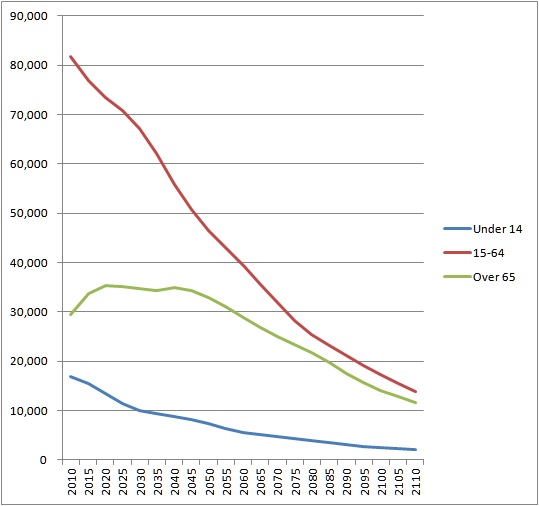 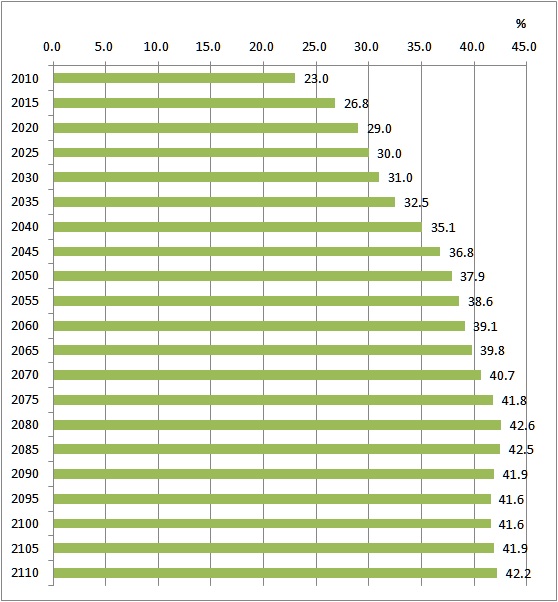 Children and young/middle aged people decrease rapidly. But the ratio of the elderly population increase year by year. Japan will be nothing but elderly people.

Source is National Institute of Population and Social Security Research.